Birth of the Butterfly Garden 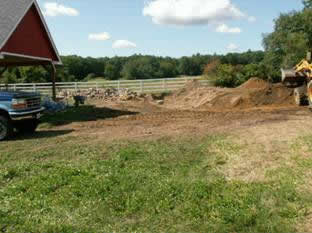 After four years of hard work, the Butterfly Garden at Adams Farm is finally coming into its own.  Wandering along the new gravel paths which separate the beds of perennials, shrubs and young trees, it’s hard to believe that just a few years ago, this area was nothing more than scrub land, covered with weeds, rocks, and debris following the construction of the barn and pavilion.

Fortunately, one woman had a vision of creating an oasis of tranquility at Adams Farm, away from the stress and strain of daily life.  Beginning in 2007, Dorothy O’Shaughnessy, Chairman of the Conservation Committee of the Walpole Woman’s Club (WWC), convinced club members to raise funds to create a Butterfly Garden at Adams Farm.  By the summer of 2008, with sufficient funds raised and permission from the Adams Farm Committee and the Town Selectmen to proceed, Dorothy and the WWC members rolled up their sleeves and got to work. 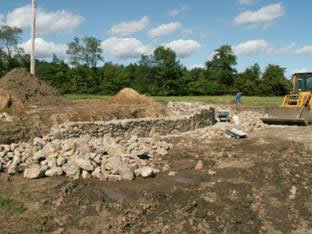 The first step was to create a footprint for the Butterfly Garden with proper drainage to give the plants a fair chance of surviving the winter.  For help with this, Dorothy turned to Ed Collins, a local landscaper familiar with the Farm.  He suggested creating a raised bed bordered by a stone retaining wall.  And not just any stone would do.  Ed made a point of using field stones collected from the Farm property itself to create a stunning curved wall which draws the visitor’s eye from the back border of the garden around to its boulder-flanked entrance.  Making a major contribution to the Garden, Ed donated the all the labor, equipment and materials needed for this project.  Other early contributors to the Garden included Lorusso Sand and Gravel, Home Depot, the Walpole Lions Club, and the Friends of Adams Farm.

By the time the wall was in place, late fall had arrived.  Dorothy and a few intrepid volunteers braved the cold weather to put the first plants in the Garden.  In the spring of 2009, the Town ran a waterline to the Garden and Dr. Gordon Goodband, a good friend of Adams Farm, donated a bench which sits near the entrance to the Garden.  The Norfolk County Agricultural High School chipped in as well, providing a teacher, 10 students, time and materials to plant one of the beds in the front of the Garden. 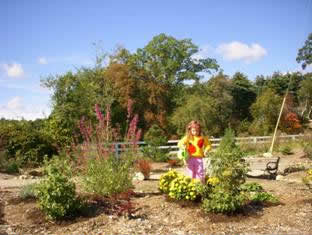 The latest improvement to the Butterfly Garden this summer has been the addition of a layer of contrasting mulch to all the flower beds, helping to conserve water in the Garden and highlighting the renewed gravel pathways which meander among the beds.  Coincidentally, new helpers turned up just in time to help move the mulch.  Despite the sweltering summer heat, the McGuill family – mother Kelly and sons Ryan and Casey – helped Dorothy spread yards and yards of mulch around the Garden. 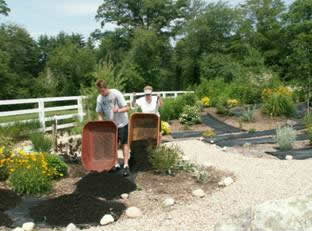 In addition to creating the Butterfly Garden, another goal of the WWC’s was to enter the Garden in a state-wide Community Improvement Contest.  The contest, sponsored by the General Federation of Women’s Clubs, encouraged women’s clubs nationwide to establish a project which would measurably improve the quality of life of the residents of the community.  After carefully collecting and submitting all the documentation needed to enter the competition, Dorothy was thrilled to learn that the Butterfly Garden had placed second in the state in a field of 90 competitors, a very impressive showing indeed!

Already looking ahead to next year, Dorothy hopes to find someone to help with weeding in the Butterfly Garden once a month, while she turns her attention to identifying and cataloging the many plants now flourishing in the Garden.  There is no doubt that Dorothy’s hard work and perseverance have provided Adams Farm with an invaluable asset for the enjoyment of Walpole area visitors.  The flowers are still blooming – come on up and check it out! 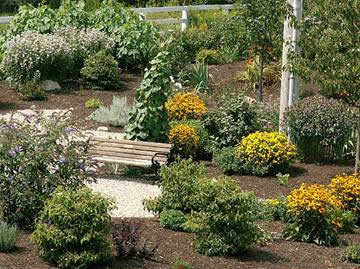 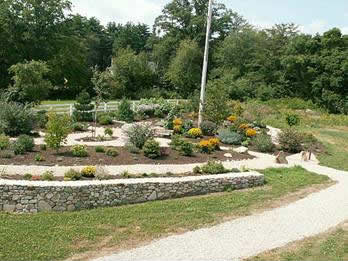